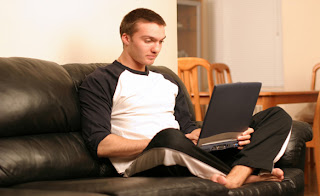 We rarely think about how much of the day we are using our derriere – inactively of course. The research which is actually should be intuitive in some way is scary….especially for someone like me who is sitting and writing much of the day.
We go to the gym regularly and actually get a good workout, cardio, weights, yoga and more, but then we what happens? What do the majority of the urban population do – they sit. They sit in their cars, on their desks, and then go home to sit and watch Choti Bahu or Castle. At home there is help – someone sweeps and swabs the floor, does the dishes, washes the clothes, cooks and gardens for them. You get the picture.
We all know that being inactive is unhealthy but the actual dangers of this inactive lifestyle, confirmed by noteworthy scientific studies, are startling. Studies of the daily movement patterns of your typical moderate exerciser, even someone who runs, then sits for hours afterward, was tracked by scientists.
At the University of Massachusetts young healthy men put on a large 4- inch platform heeled shoe their right foot. The left leg was left suspended above the ground. For two days, the men moved around by hopping around in crutches, while the left leg never touched the ground. The left leg’s muscles didn’t contract and was fully sedentary.
The muscles in were biopsied in both legs after 2 days. There was a finding of multiple genes being expressed different in each man’s two legs. After only 48 hours of inactivity the gene activity in the left leg suggested that DNA repair mechanisms had been disrupted, oxidative stress(the inability to thwart toxins) was rising, insulin response was dropping, and metabolic activity within individual muscle cells was slowing.
You may think that sitting is not the same as dangling a leg for 2 days. If this does not hit a nerve, there is more.
Scientists with the National Cancer Institute in the US spent eight years following almost 250,000 American adults. The participants were required to answer detailed questions about their daily activity — how much time they spent commuting, watching TV, sitting before a computer and exercising, as well as about their general health. Heart disease, cancer and diabetes were absent in the group.
But after eight years, the results were gloomy. Many participants were sick and quite a few had died. Those who watched TV for seven or more hours a day proved to have a much higher risk of premature death than those who watched less TV. Television viewing is a widely used measure of sedentary time but this can easily be substituted for computer use.
Moderate exercise only slightly lessened the health risks of sitting. People in the study who exercised for seven hours or more a week but spent at least seven hours a day in front of the television were more likely to become ill and die prematurely than the group who worked out seven hours a week and watched less than an hour of TV a day.
The fix – just move. It is not easy to change, but like Nike says — Just Do It! If you have a desk job, make it a point to stretch and walk as often as possible. Take the stairs, park as far away as possible and look for ways to move. I know you are tired when you get home but take 5 minutes to walk around the house after your meal and you will find yourself with some renewed energy. Play with your kids, cook with your spouse or walk to your neighbor’s home. Those of you who go late to the office – please wake up a half hour early and get moving! Stop the habit of having the household help bring things for you! Once you make a habit of finding some non-sedentary activities, you will be surprised at how good you feel.
Share This Post:

How to Burn that Coke?

4 Reasons You Not Losing Weight